You can now report and track highways and environment problems online, such as:

Report a problem on the road or pavement 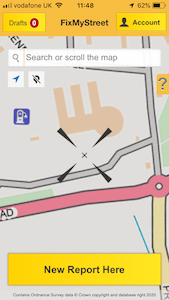 If you need to report an emergency, such as a street light with wires exposed, please contact our 24 hour emergency team on 0300 300 8049.

If you have a general service request, you can email customers@centralbedfordshire.gov.uk.

Where we can’t help

We’re responsible for most roads in Central Bedfordshire, but there are some privately owned roads and some roads in new housing estates are still owned by the developer.

Highways England is responsible for fixing problems on the motorways and other major roads like the A5 in Dunstable. However, you can report issues through us and we’ll send directly to Highways England.