What's being proposed in the regeneration of Flitwick town centre

The ambition is to regenerate the area around the railway station, improving the overall experience of visiting Flitwick and encouraging residents and visitors to make more use of town centre retail, rail and bus services and community facilities.

Flitwick train station is a busy and popular station that is well used by residents and the wider community. So a plan to improve this area could transform its potential in terms of transport, retail, jobs and homes.

Users of Flitwick rail station are primarily (80%) commuters and aged between 46 and 64, who currently travel to the station mostly by car or walking. There has been a recent increase in cycling to the station after investment by us and Govia Thameslink Rail in new cycle storage facilities. Currently, bus services to and from the station are not well used, as they are not frequent enough or well coordinated to the rail timetable.

We have been working with a broad range of parties including Network Rail and the train operating company, Govia Thameslink Railway. This proposed project aims to provide major improvements to transport facilities in the town through the creation of a public travel interchange, where the public can catch both buses and trains. Bus services that are better coordinated and fit with the rail timetable could encourage more station users to travel to the station by bus rather than car.

Alongside this could be improved traveller information at the station, with digital screens showing both bus and train timetables together, and improved commuter and pedestrian access to the station itself. We are also proposing improvements to the cycling and car parking facilities at the station.

The temporary car park could be removed. Instead, there could be a new multi-storey car park with some spaces allocated to the new retail units on Steppingley Road (see below).

We are also proposing a new exit and entry road configuration for easier car access into / out of the train station and its car parks.

We have recently bought the site of former demolished warehouses (now serving as a temporary extra car park adjacent to the railway station car park); fast food shop; Franklins House; and a residential plot on Steppingley Road specifically to create a regeneration project.

We've been working on ideas for the site, and on the adjacent station forecourt owned by Network Rail, that could have a major impact and improve the town centre. The idea is to bring new shops, services and homes close to the station area. The layout could provide much more of a focal point for the town centre, which is currently divided into different areas by the railway line. We've already secured interest from a major national retailer to take a prominent shop unit in the new development. The scheme could provide 40 square metres of space for retail or services, and also create between 100 and 200 jobs.

Our ideas are still at a very early concept stage but the pictures below, which are artist's impressions, give you a sense of how this could look. 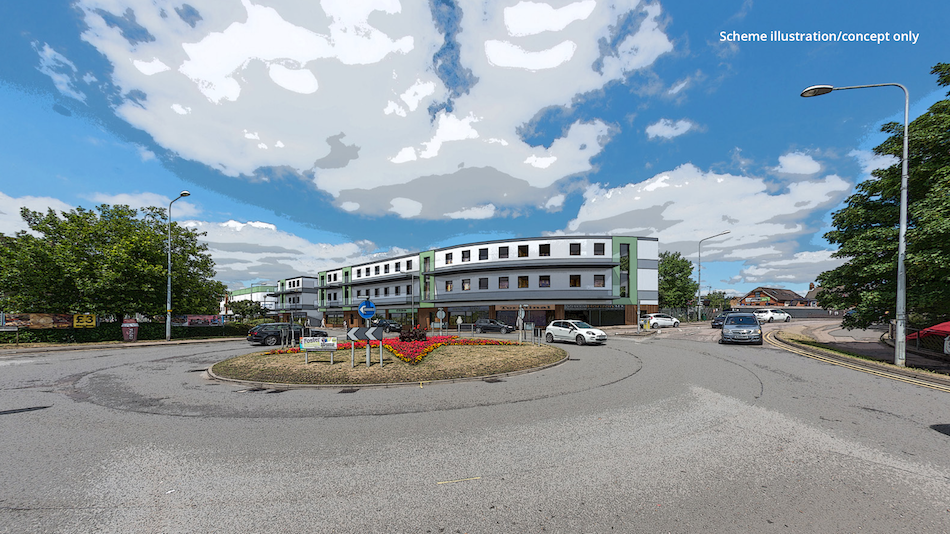 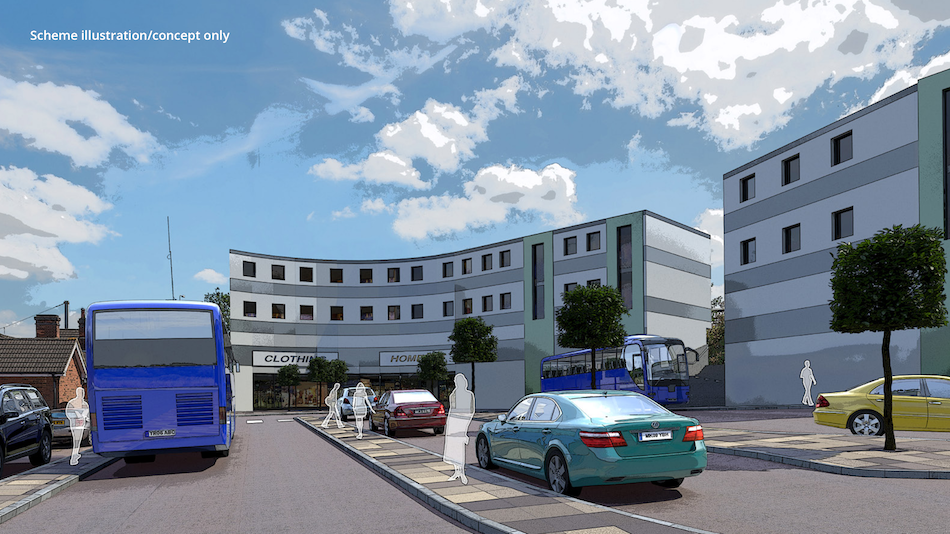 We're investing £4 million in regenerating town centres (called the Market Town Regeneration Fund). As part of this project, Flitwick Town Council has been allocated £1.8 million to improve some specific areas of the town and would like your feedback on some of the initial projects that are being considered.

To improve the pedestrian area and make it more accessible to pedestrians. This could include:

Have your say to let us know what you think of these ideas and if you have any other suggestions.

Community activities in the library

The local library benefits from the station traffic and Tesco shoppers and is the third busiest library in Central Bedfordshire (after Leighton Buzzard and Dunstable). Flitwick Library attracts a significant number of users from a wide geographical area. During 2015 / 2016 there were almost 117,000 visitors to Flitwick Library, which was an increase of 20% on the previous year.

In collaboration with Central Bedfordshire Library Service, we propose to provide interesting activities for the community in the evenings and weekends in the library building. These could provide additional community and social uses for the building beyond the traditional library services, and also encourage people to use the library more. The library has previously experimented with cocktail and comedy nights, and has already scheduled a piano, a language café and other cultural events for this year.

We’re interested to find out what other ideas and events could be put on in the library.