HM Lord-Lieutenant of Bedfordshire, Helen Nellis, recently appointed her cadets for 2019/2020 at a ceremony held at Flitwick and Ampthill Sea Cadet Unit by kind permission of Chairman Nigel Cross.

Dignitaries present at the ceremony included:

They were joined at the ceremony by: 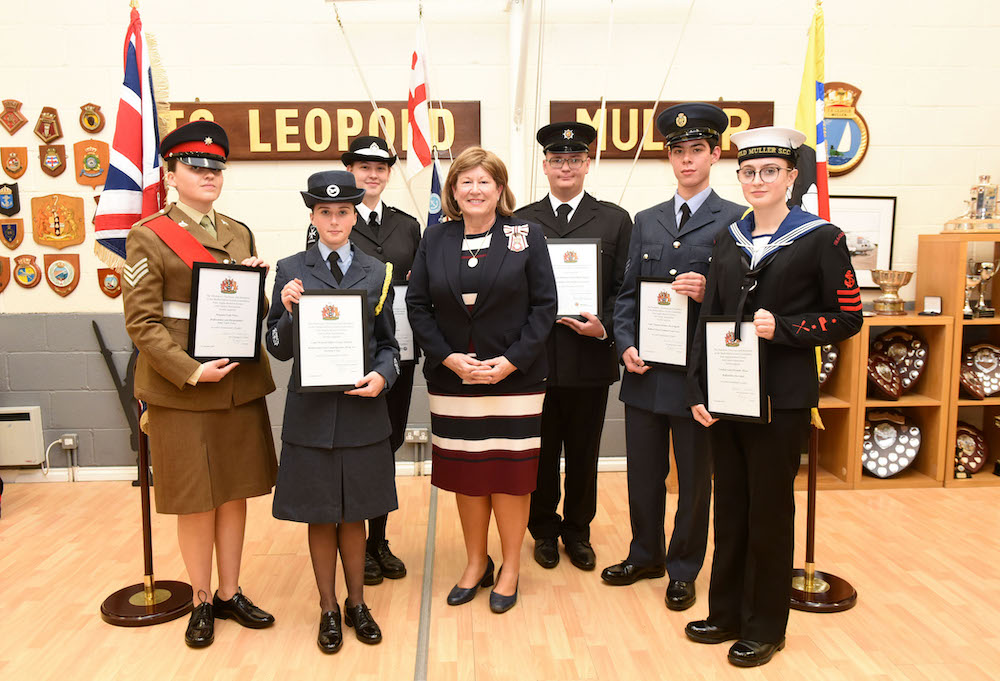 This year’s cadets are:

The Lord-Lieutenant’s cadets are the finest of the many talented young people in the cadet forces within Bedfordshire. They are excellent leaders and a credit to their organisations and to the county.