Schools for the future

As described on the previous page, schools now have more freedoms to change their age range. Around a quarter of schools in Central Bedfordshire have done so which means we now have a very complex mixture of schools.

Central Bedfordshire has historically been a three-tier school system with lower, middle and upper schools. However, this has been changing more recently as schools have changed the age range they cater for, effectively becoming a primary or secondary school.

Most of the UK operates on a two-tier school system with primary and secondary schools.

So, the educational landscape in Central Bedfordshire is now more mixed – with some three-tier, some two-tier and some mixed areas. On top of this, 46% are also academies which means they are completely independent of the council.

This graphic illustrates the school landscape in Central Bedfordshire as of December, 2018. 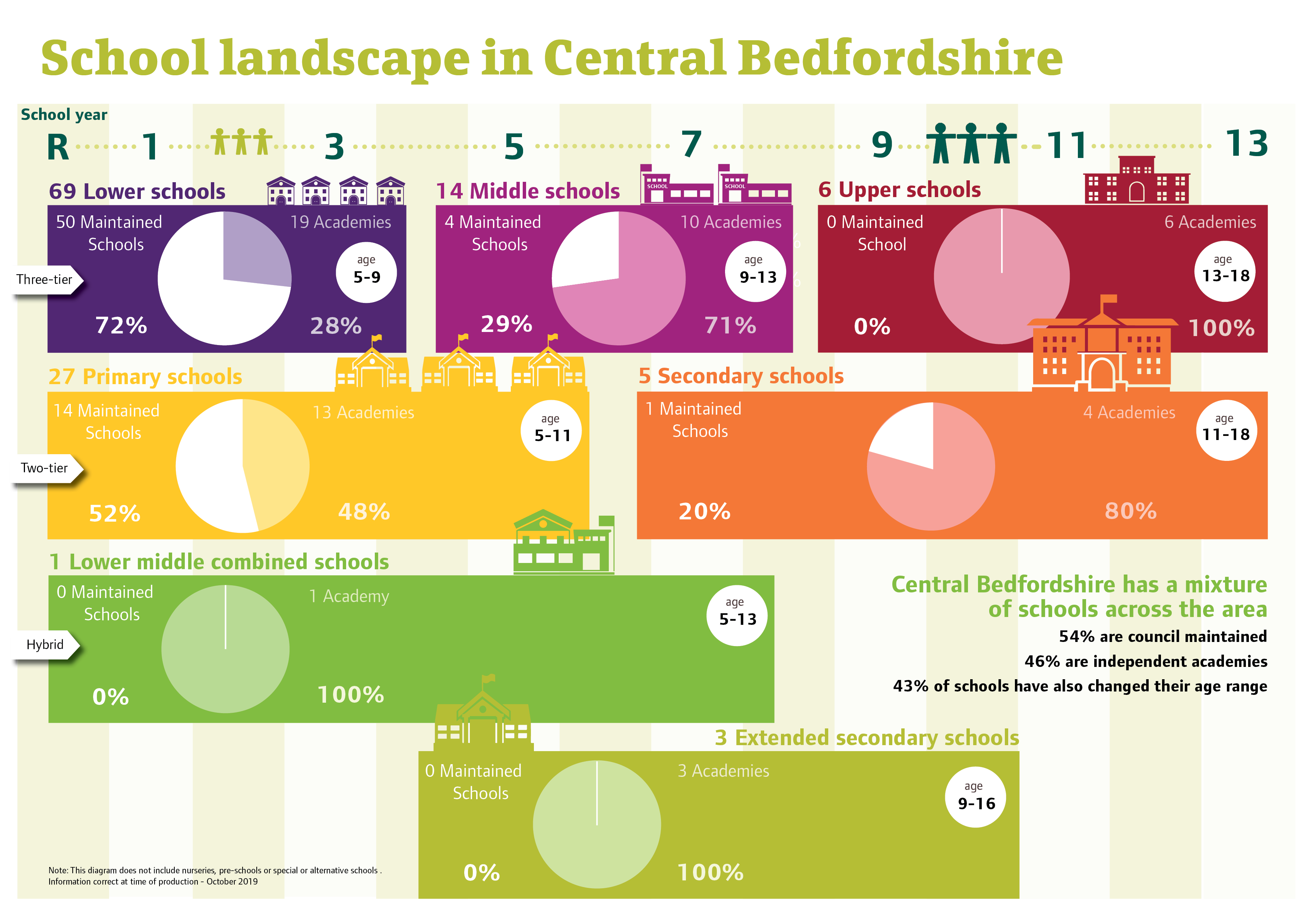 The current mixture of schools is confusing and changes taking place can create problems for other schools. For example, some changes to age ranges can have implications in terms of the viability of other schools. Schools are allocated their funding based on the number of pupils they have and there is a point at which schools cannot continue because they have too few pupils and therefore inadequate funding to keep operating.